By signing Nick Foles, the Jaguars are making the same mistake all over again

The Jaguars did it again. They outbid themselves for another mediocre quarterback. Last year it was Blake Bortles. This year, it’s Nick Foles.

Foles will reportedly sign a four-year, $88 million deal, including $50.2 million in guarantees, when free agency officially opens on Wednesday. This comes one year after the team gave Bortles a three-year, $54 million extension. To make room for Foles’ contract, the Jaguars will cut Bortles and eat $16.5 million in dead money. Jacksonville is using A LOT of its cap space on the quarterback position and it’s difficult to even say that they’ve made a major upgrade.

Let’s just ignore the early part of Foles career and focus on the last two seasons, which is when he really earned that contract. Since 2017, Bortles has a higher yards-per-attempt (6.9 to 6.2), a near-identical adjusted net yards per attempt, which factors in touchdowns, interceptions and sacks, (6.48 to 6.49) and has rushed for 687 yards and three touchdowns compared to Foles’ 20 rush yards. 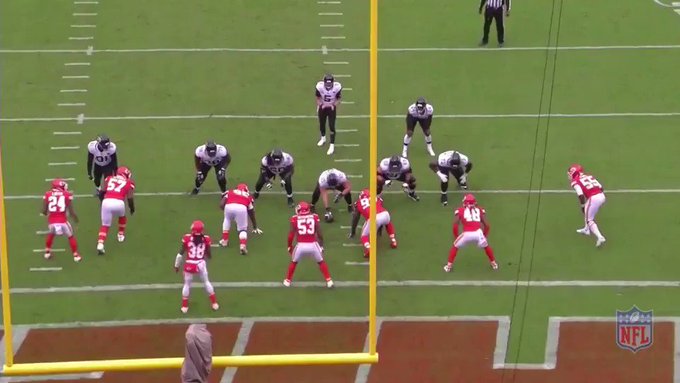 Blake Bortles’ game against the Chiefs was basically a blooper reel.

Foles is a better quarterback — in that, he can actually throw a football — but he’s not significantly better than Bortles is. When factoring in the money, you could make the argument that the Jaguars are worse off at the quarterback position now than they were 24 hours ago. Foles and Bortles will account for at least $30 million in cap space next season. That’s $30 million on maybe the least enviable QB situation in the league!

One of the biggest knocks against Bortles — and certainly one I’ve pointed out — is that his limited skill-set forced the Jaguars coaching staff to dumb down their offense in order for him to have even a modicum of success. Well, nothing will change now that Foles is coming aboard. The Eagles had to do the same thing when he played over the last two seasons, as I wrote a few weeks back…

Not much was asked of the Eagles backup; head coach Doug Pederson ensured that his throws didn’t have to go that far. Only Cody Kessler and Jeff Driskel averaged fewer air-yards-per-completion — which measures how far the actual throw goes instead of the total yardage of the completion with yard after the catch. On throws aimed more than five yards downfield, Foles’ passer rating dropped to 79.9, which ranked 33rd in the league, according to Sports Info Solutions. And nearly half of Foles’ passing yards in 2018 (652 of 1,413) came on 0/1-step drops, screens and RPO’s, per SIS. Those are the kind of throws — which don’t require complex reads — we typically associate with college-style offenses.

New offensive coordinator John DeFilippo worked on the Eagles staff when Foles led the team to the Super Bowl, so he’ll know how to get the best out of Foles, but the best of Foles is hardly better (if at all) than what Bortles has given the Jags over the last two years. And Bortles did it with a battered supporting cast.

We know the Jaguars overpaid for Foles. No rational person will argue against that. The better question is why did they feel the need to overpay for him? Who else was bidding for Nick Foles? Every team outside of Miami seems to have its starting QB already on the roster, and those that don’t will likely address that need in the draft. Just like with the Bortles extension, NO TEAM would have paid the price the Jaguars did. Jacksonville was bidding against itself to overpay a below average starter — a year after making the same mistake.

UPDATE: Here’s is why the Jaguars overpaid for Foles when no other team would, per NFL Media’s Mike Garafolo… 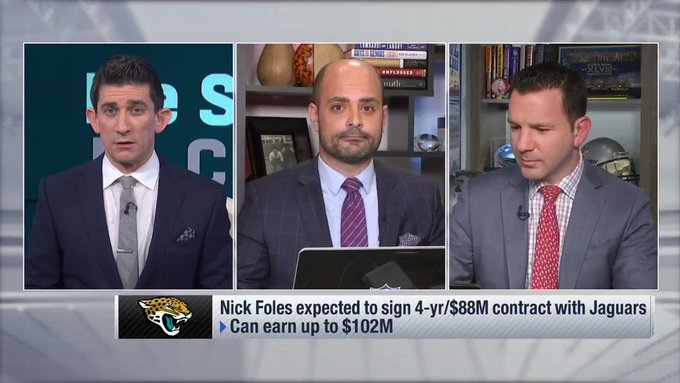 Why did the #Jaguars pay so much for Nick Foles if there were no other big bidders? We discussed here.

Essentially, the Jaguars gave him more money so he’d get more respect in the locker room. Yeah.

General manager Dave Caldwell has had a tremendous amount of team-building resources at his disposal during his half-decade in charge of the team, including five top-five draft picks and hundreds of millions in cap space to spend in free agency. The return has been one 10-6 season. Somehow, he kept his job this offseason. You’d think he’d learn from past mistakes, but that doesn’t seem to be the case.

In the first post of our NFL Moneyball series, we looked at how well teams spent their money during the 2018 season based on production and market prices. The Jaguars ranked dead last in our spending efficiency metric. Decisions like the one to give a career backup $50 million in guarantees are a major reason why.